Through its known and covert agents and operatives, the clerical regime has been trying to portray the murder of the corrupt judge Gholamreza Mansouri, who had fled to Romania as a suicide. The regime is doing so to evade the dire consequence of committing murder and international terrorism in Europe. This is similar to the regime’s scenario in the plot to bomb the major international gathering of Iranians in Paris on June 30, 2018. The Iranian regime had ordered its agents to disseminate the lie that the plot had been an inside job.

After returning Mansouri’s body and file to Tehran, other aspects of terrorist conduct and entrapment tactics of the regime’s Ministry of Intelligence and Security (MOIS) are coming to light.

Entrapment by female agents is a well-known MOIS operando, which has already been exposed inside and outside Iran, including in Norway (See NCRI statement, October 23, 2018).

The United Nations should assign an international commission to conduct a comprehensive investigation into this case. Those responsible and perpetrators of this crime must be prosecuted and punished. 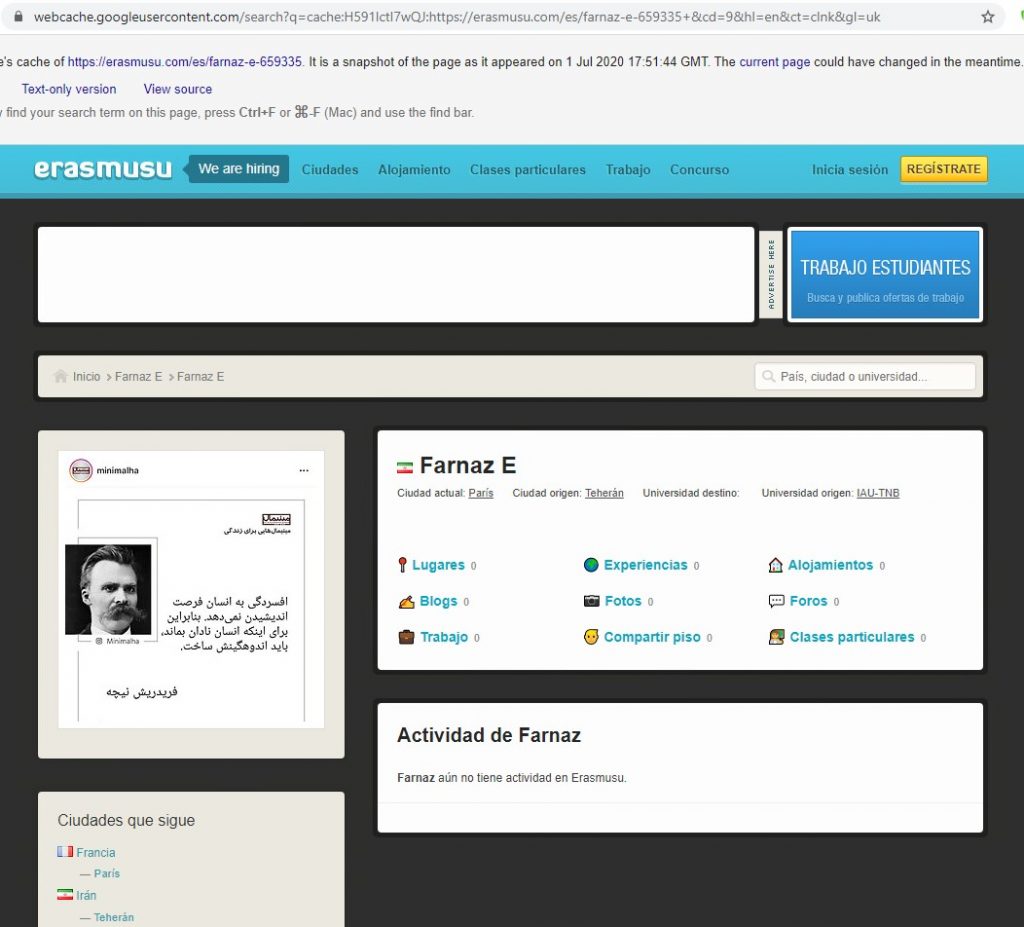 The altered account, ten days after Mansouri died. This account has been accessible until the time this statement was issued